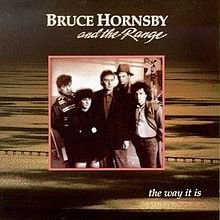 Bruce Hornsby & The Range The Way It Is Download

A man suffered serious injuries on Hunwicke Avenue at 7.40am, and remains in hospital in a stable condition.

Two men remain in custody in connection with the incident.

Officers were then approached by another man on the estate shortly before 3.30pm who claimed he had been stabbed.

He was taken to hospital with injuries which are not believed to be life-threatening or changing.

A 39-year-old local woman has since been arrested in connection with it and remains in custody.

Due to the two incident, officers have been authorised to use stop and search powers under Section 60 of the Criminal Justice and Public Order Act 1994.

District Commander for Colchester, Chief Inspector Rob Huddleston, said: "I know that the people of Greenstead are a close community and will be concerned by today’s events.

"I want to reassure you all that these measures are a precaution, and are with the community’s best interests in mind.

"Although these incidents happened very close together, we are not treating them as linked, and we are not looking for anyone else in connection with either incident.

"These were both targeted attacks which, sadly, happened on the same day.

"My officers remain in the area and will be conducting visible patrols, so please come forward and speak to them if you have any more information about either incident."

The authority, which is in place until 4.50pm tomorrow, 23rd May, will cover: Bromley Road to the north, Longridge to the east, Avon Way to the south and St Andrew's Avenue to the west.